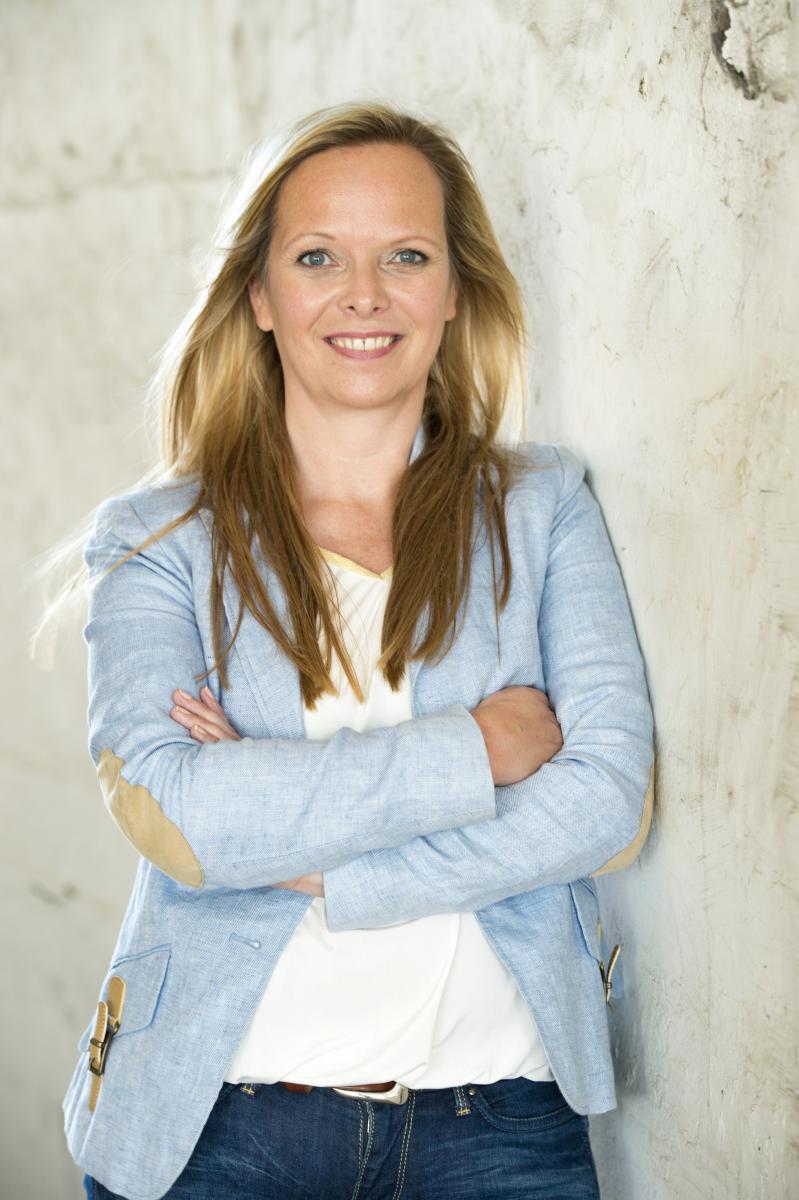 About Belgian crime fiction : ""Hilde Vandermeeren is one of the few exceptions in Flanders, where the literary market is still dominated by male writers. Labeled as psychological thrillers, her books reached international success and have been translated in different languages, also winning important literary prizes." Her trilogy with criminal lawyer Walter Damen and her other work are part of this international European project of the KU Leuven http://www.detect-project.eu

Hilde Vandermeeren (°1970) lives with her family in Torhout, Belgium. She studied psychology in Leuven en started her career teaching young adults. Her first children’s book, published in 2001, was the start of a writing career which led to over forty publications for young children and teens. More than 30 books were translated into Danish, German, Spanish, Korean, French and Chinese.

In 2006 Hilde quit teaching and focussed on a full time career as a writer. In 2013 her debut novel was released. Als alles duister wordt is a psychological thriller, published by Q (now changed in Publishing House Volt: department of Singel Uitgeverijen, the Netherlands). It was her first work for an adult public. Her next novel De toeschouwers was released in 2014. The third novel Stille grond (Silent Ground, 2015) is set in Scotland and shortlisted for the Gouden Strop 2016. Movie rights of Stille grond  (Silent Ground) were sold to Eyeworks Belgium. Scorpio, her fourth crime novel, came out in 2016. Her fifth crime novel Schemerzone (2017) is set in London and was awarded for The Hercule Poirot Award 2017 and longlisted for the Bookspot Gouden Strop 2018. Her sixth thriller Beware of the neighbours is a haunting psychological thriller about Capgras syndrome and was longlisted for the VRT Lang Zullen We Lezen-trofee. The main character is a mystery writer.

She was shortlisted for the MAX Gouden Vleermuis 2019. This is an international oeuvre prize for crime writers, organised by Nederlands Thrillerfestival Zoetermeer (the Netherlands).

Her short story The Lighthouse was published in Ellery Queen’s Mystery Magazine in 2016. The second short story Stranger in the Night was released in December 2016 in the same magazine. The Lighthouse was shortlisted for the Derringer Award 2017 Best Short Story. Both stories were translated by Josh Pachter.

Together with criminal defence lawyer Walter Damen she published a trilogy about a female criminal defence lawyer working at a prestigious law firm in Lisbon (and returning to Belgium in the last book). The first book was published in 2018 and the last part in 2020. This trilogy and her other work is selected for the international project DETECt, by the KU Leuven. DETECt is a large collaborative initiative that involves scholars, teachers, students, professionals of the creative industries, and the general public in investigating how practices of transnational production, distribution and consumption in the field of popular culture have facilitated the appearance of engaging representations of Europe’s cultural identity. https://www.detect-project.eu/

The worldwide English Rights of Scorpio are sold to the UK publishing house Pushkin Press for publication in October 2021. The book is translated by Laura Watkinson and part of a new series Walter Presents, books selected by producer Walter Iuzzolino.

In 2021, she's going to be Honorary Citizen of Torhout, because of her achievements in the literary sector. 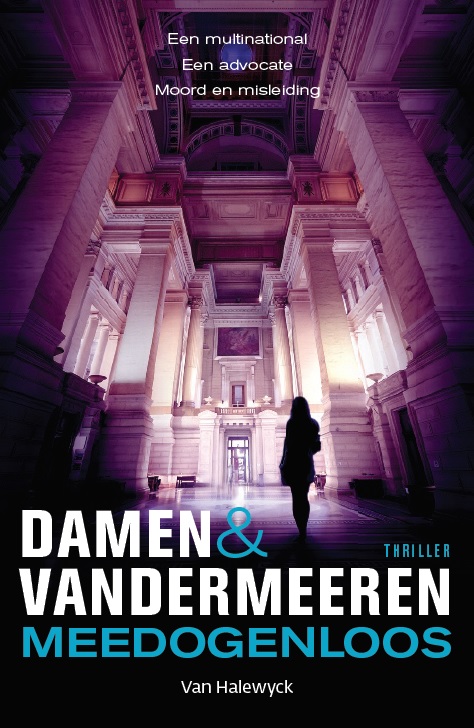 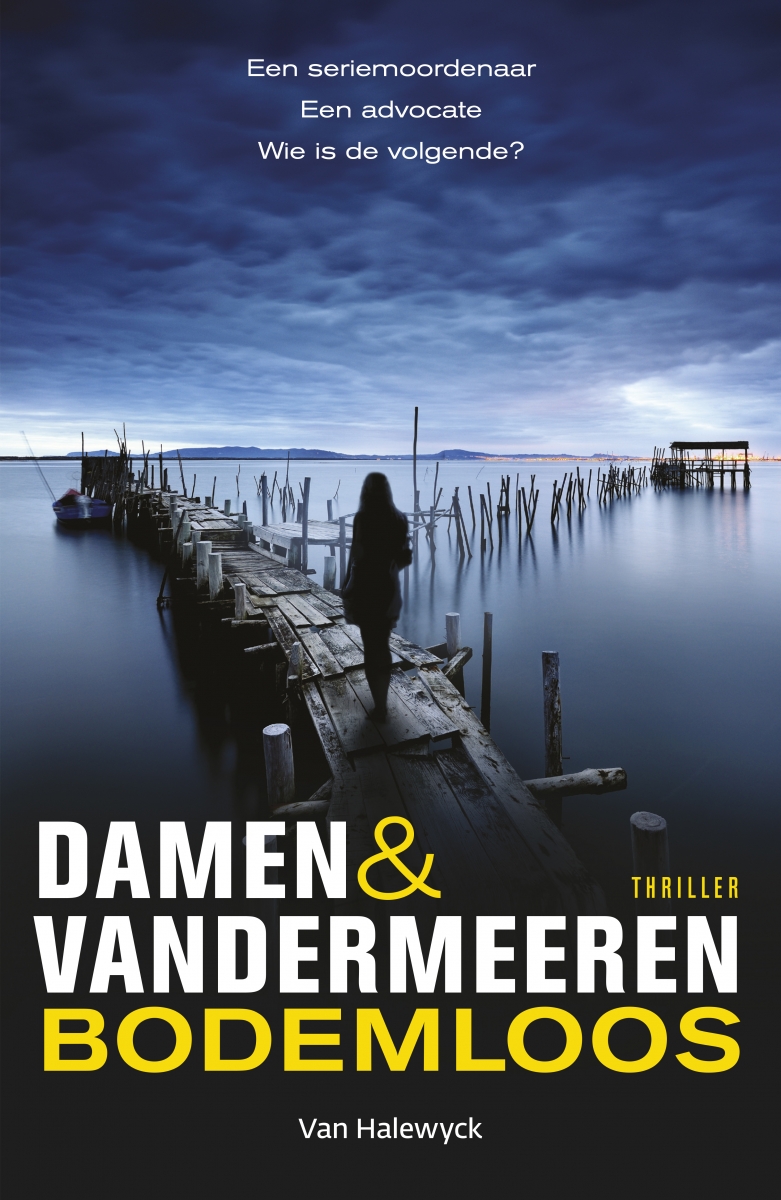 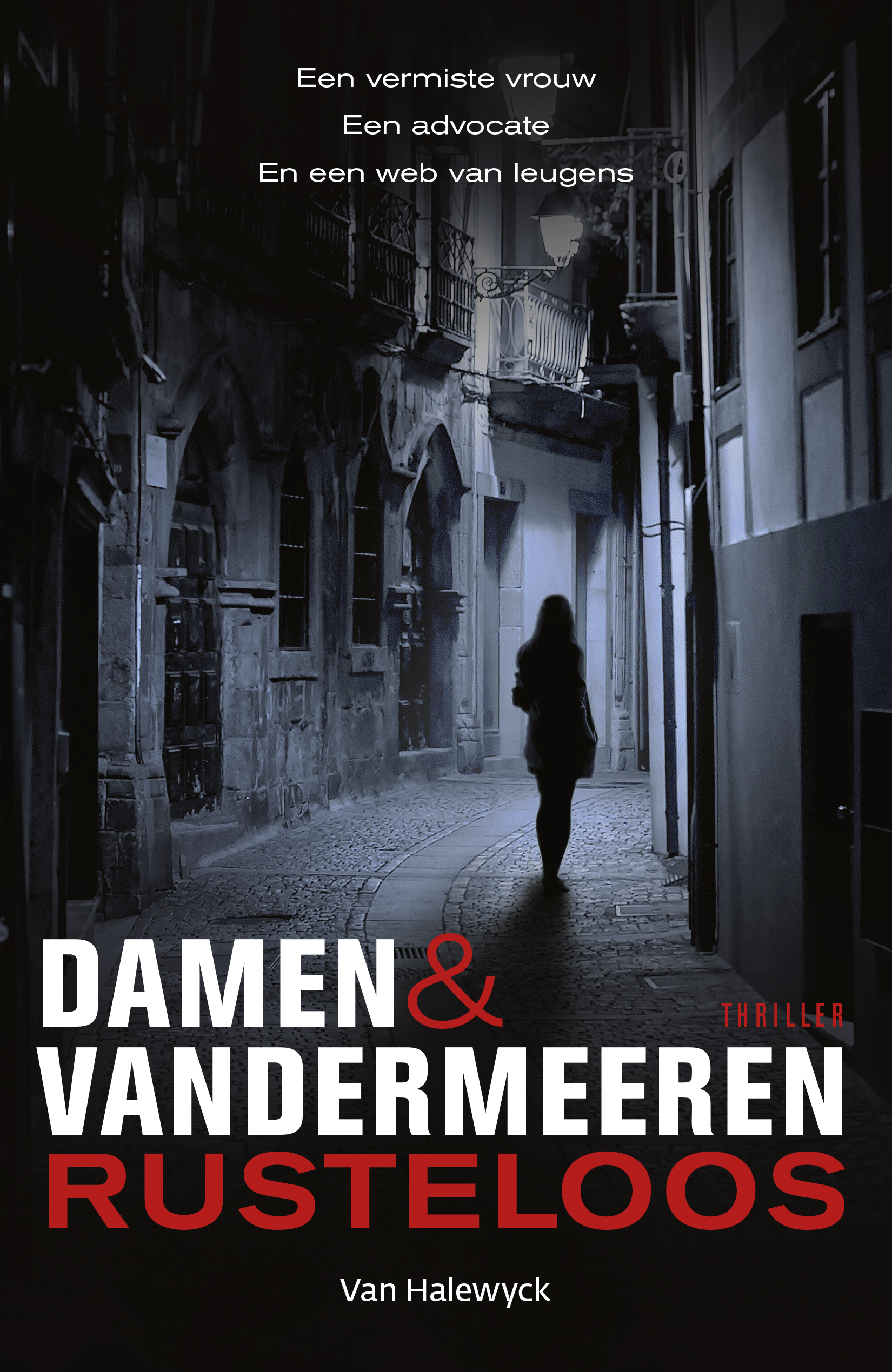 Kirsten is a young criminal defence lawyer who works for a prestigious law firm in Lisbon. When the daughter of a local political party chairman goes missing, Kirsten gets her big break. She is assigned to defend a Flemish real estate developer who is suspected of having something to do with the disappearance. The public believes he is guilty and the case has drawn lots of media attention. Her client maintains his innocence, but is he to be believed?

An investigative journalist discovers facts that shed new light on the case. There are people who are willing to do whatever it takes to keep the truth from coming out, even if it means murder. Much is at stake. Who’s set to come out on top and who’s set to lose?

"Damen and Vandermeeren rightly set the story in the Portuguese capital, turning this book into the perfect guidebook to this wonderful city. The narritive is exciting, and the characters are credible. Restless is a professional piece of art. Vandermeeren won the Hercule Poirot Award last year, Damen and Vandermeeren know how to create a story.' Het Nieuwsblad

"Hercule Poirot prize winner Hilde Vandermeeren and criminal attorney Walter Damen joined forces for the first time and created a brilliant crime novel. The novel takes the reader on a revealing tour behind the scenes of the legal world." Feeling

“An incredibly gripping story that leaves you stunned and in awe.” Crime reporter Faroek Özgünes

“The fundamentals of the constitutional state and what it means to be a lawyer are beautifully and comprehensively dramatized in this exciting thriller.”  Jan Meerts, President of the Bar, Antwerp, 2016-2018 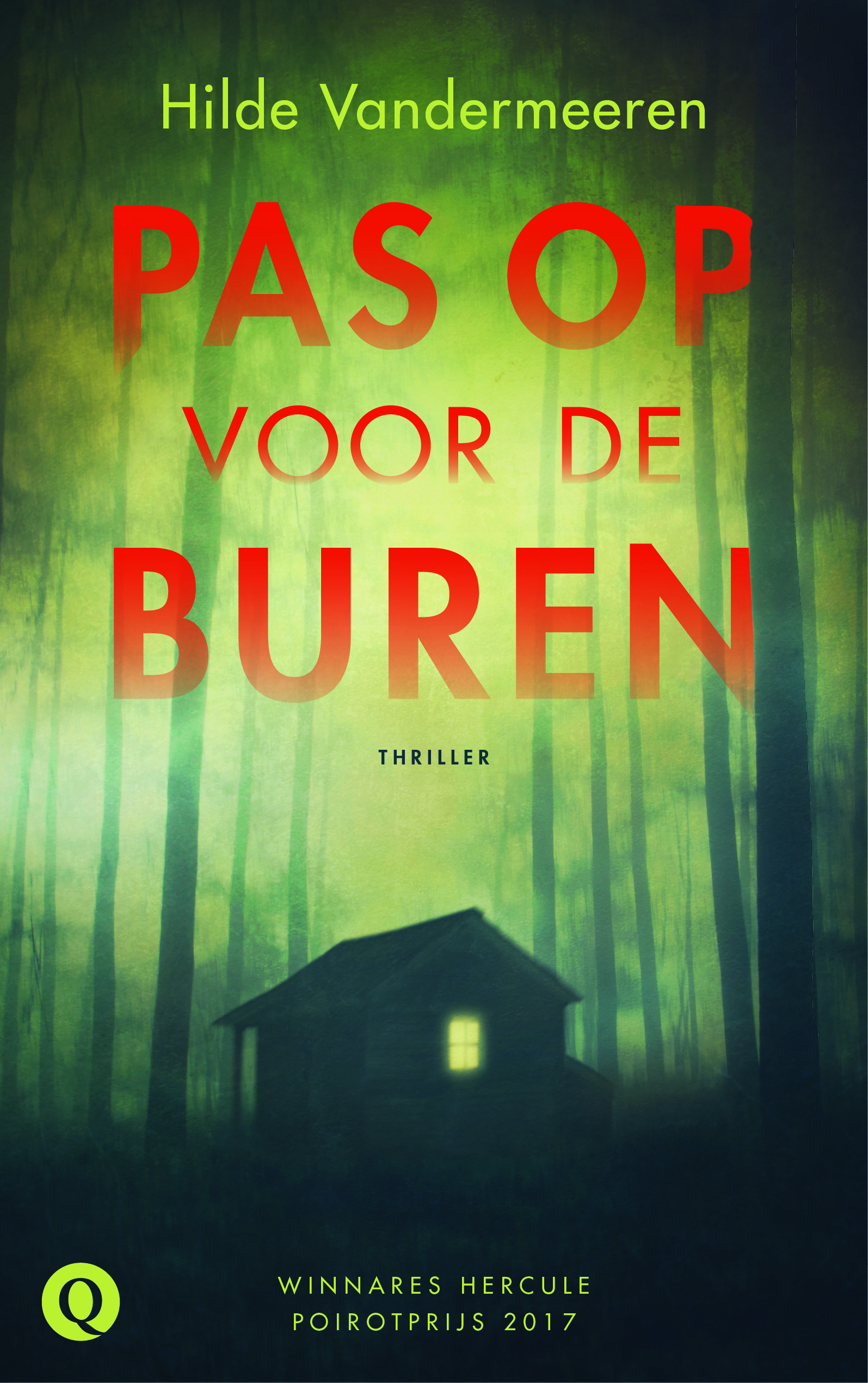 Ruth is a mystery writer writing under a pseudonym. That pen name is not her only secret. She’s also holding back a terrible personal secret from her boyfriend Matthew and from the neighbours as well. Her mother taught her never to trust the neighbours. Then strange things start to happen around her, and she must face her biggest fear: the fear of being as mentally ill as her mother, whose illness had fatal consequences. Can Ruth still trust her own thoughts and perceptions, or is something more going on here? 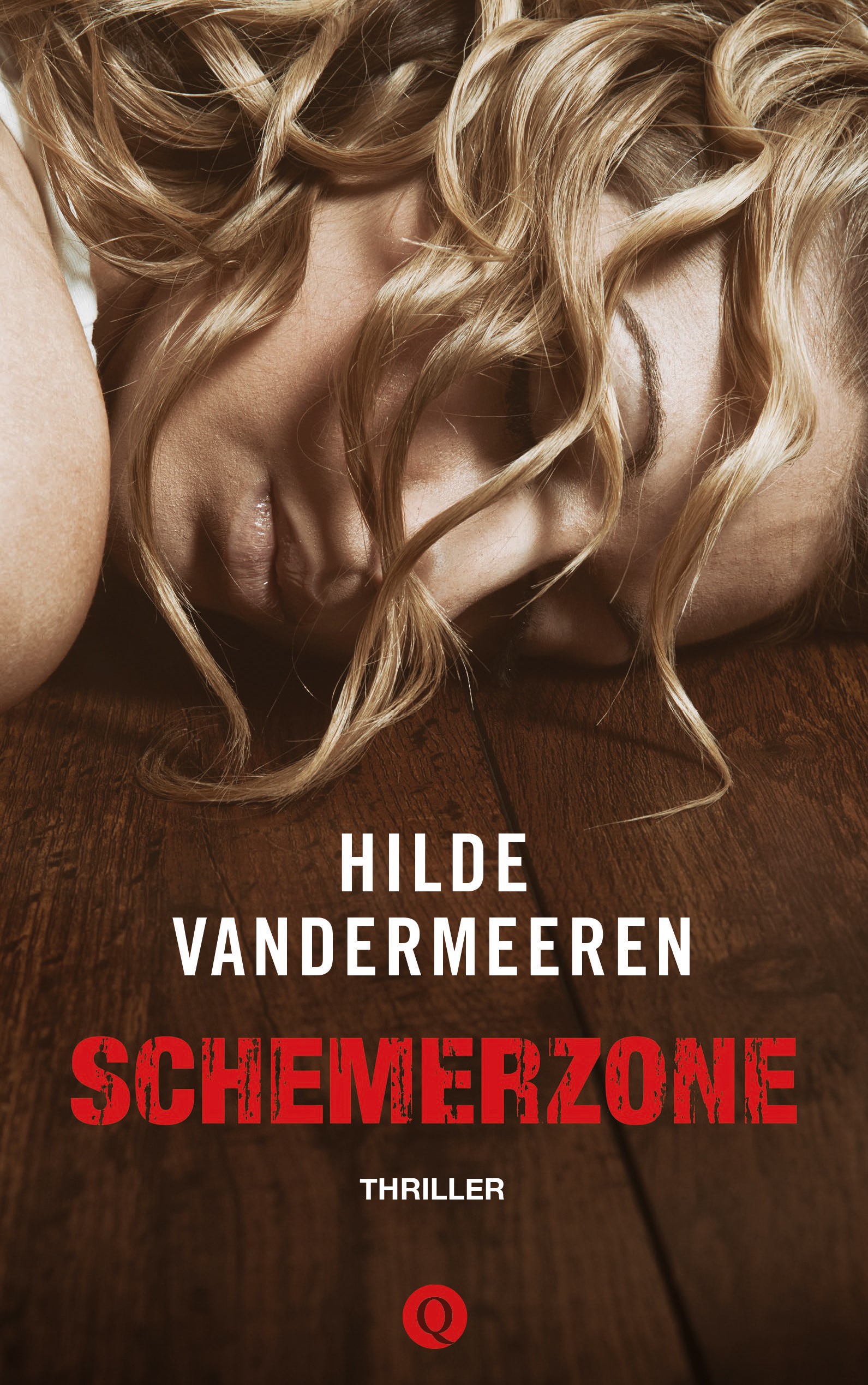 “Hilde Vandermeeren is in a league of her own. She is ready to make an international breakthrough. She is the standard-

bearer for a new generation of thriller writers.” – Knack

**** "Schemerzone is an atmospheric thriller with interesting characters and a fine build-up of tension. A successful psychological thriller."  VN Detective & Thrillergids 2017

**** "Hilde Vandermeeren has grown to become one of the best crime writers in Flanders." (Het Nieuwsblad)

**** "She has, in any case, definitely left her mark on Flemish crime fiction."  Flanders Today. Interview (in English) here: http://www.flanderstoday.eu/arts/hilde-vandermeeren-makes-her-mark-flemi...

Kate works as a nurse at a private clinic in London. She discovers that she suffers from narcolepsy, which means she can suddenly fall asleep at any time and has nightmares that are hard to distinguish from reality. So as not to lose her job, she keeps her condition a secret from her colleagues. The clinic where she works is located on two floors, but the building has a third floor, which has recently been renovated. High-profile individuals can stay in an apartment there for discreet treatment away from the spotlights. The nine-year-old daughter of a celebrity couple ends up in that special ward. After an incident at the clinic, the paparazzi start following Kate. But it’s not only the paparazzi – someone else is after her too. Someone who doesn’t want the truth to come to light...

With support for the author from the Flemish Literature Fund and translation sample: read here: https://www.flandersliterature.be/books-and-authors/book/shadow-zone 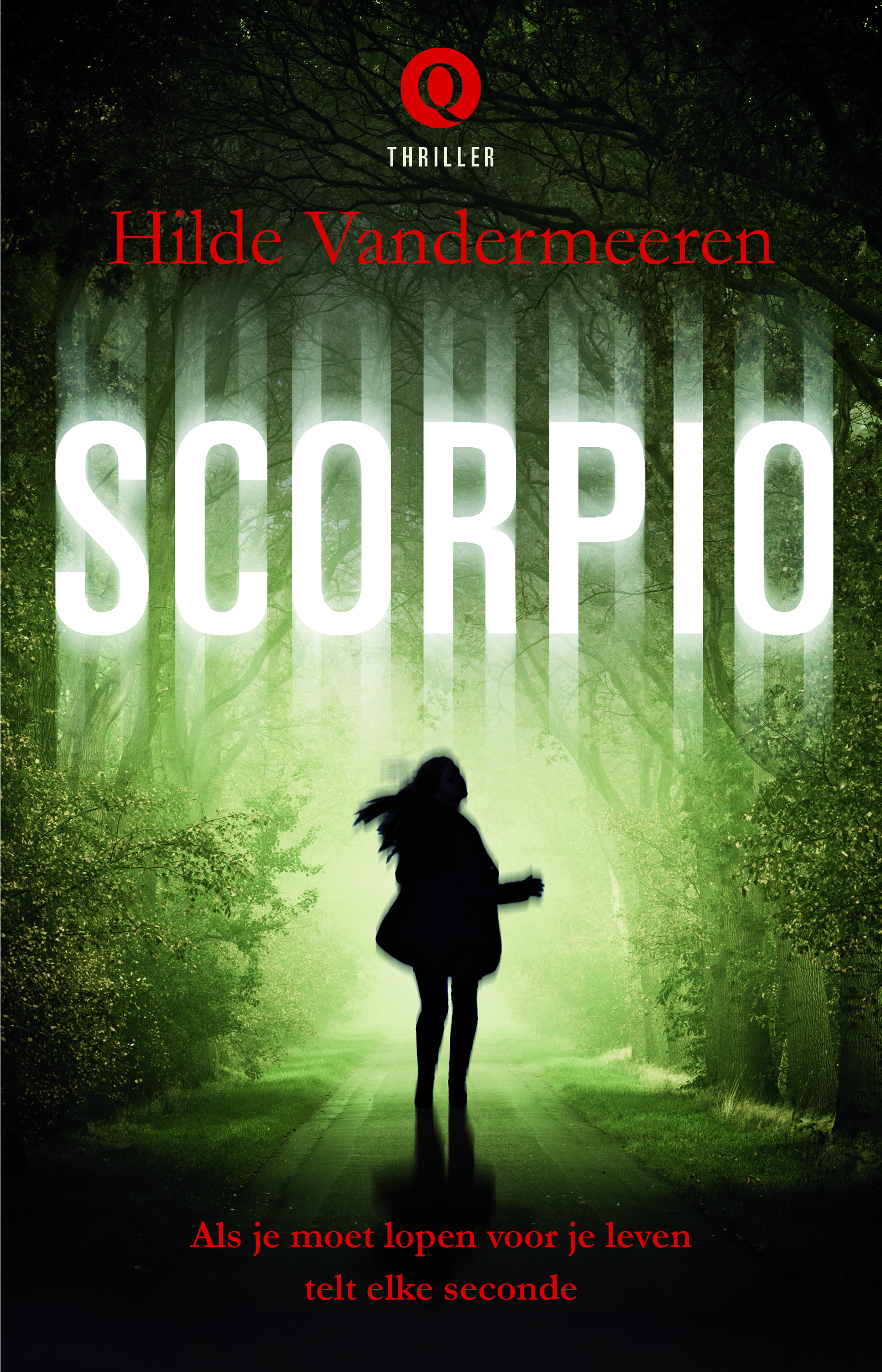 **** "Scorpio is a gripping thriller." HMC-kranten

"Scorpio is a skillfully composed crime novel with a beautiful international dimension. Vandermeeren is one of our major talents of crime writing." (De Standaard)

"Keeping tight control and avoiding literary niceties allow Vandermeeren in this fourth thriller to keep the reader on pins and needles till the end." (VN Thriller Guide)

After a weekend with the family, Gaelle wakes up in a psychiatric hospital in Berlin. She is injured and can’t remember what happened. The police suspect her of attempting to murder her seven-year-old son. Gaelle refuses to believe this, and she escapes so that she can go in search of the truth. In the process, she crosses one line after another, becoming hunted prey.

Michael is a hitman who works for Scorpio, an organisation that spares no one. Breaking its rules means signing your own death warrant. Then an irreversible decision changes Michael’s life.

One lives by killing, the other kills to survive. What will happen when their paths cross? 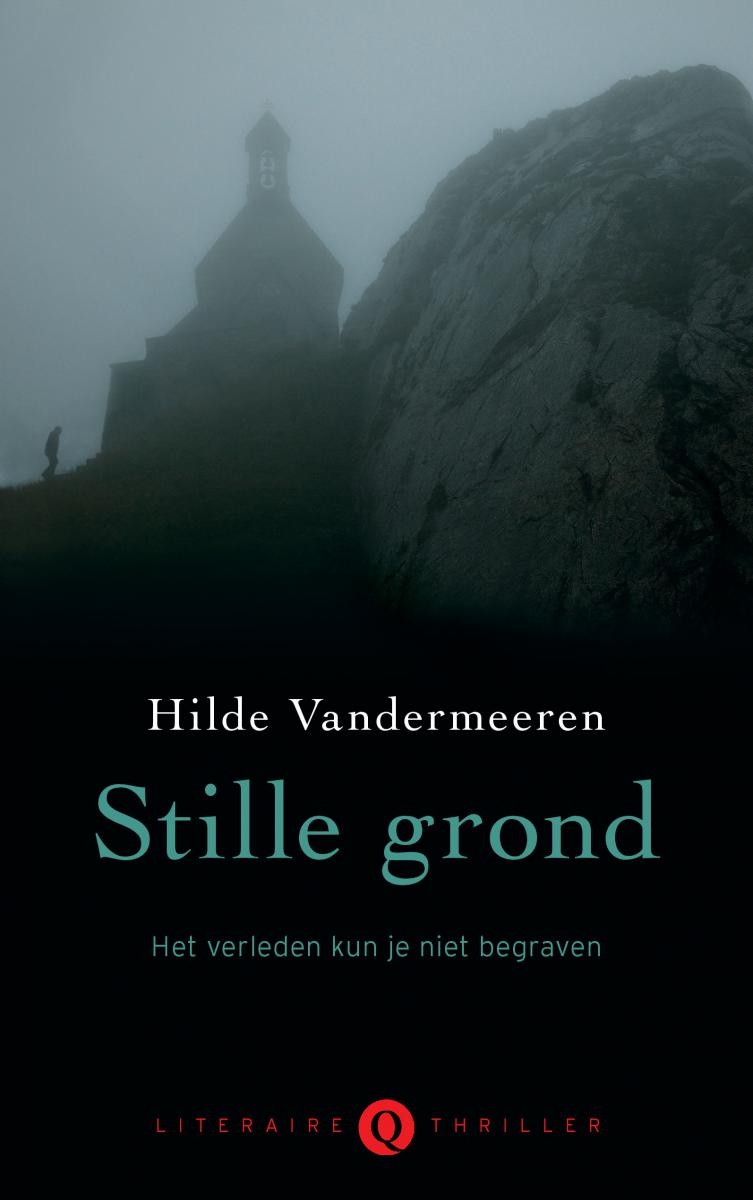 "A powerful and compelling read that earns a spot on your bookshelf." (Jury’s report of The Golden Nose 2016)

**** "The narrative is intriguing and simple, and just like the quiet Scottish setting, it adds to a pleasurable reading experience. A case of less is more." (NRC Handelsblad)

An oppressive psychological thriller about a dark secret in Scotland

Glasgow, 1983. One stormy November night, six-year-old Rosie Thompson vanishes from the bedroom she shares with her twin sister. No trace of her is found. Eve, the twins’ younger sister, grows up with this family tragedy. Thirty years later, Eve is working as a maths lecturer at the University of Glasgow. Her life is turned upside down by a message that someone leaves in a chapel: “I am sorry about what happened to Rosie Thompson. May God forgive me.” When the police investigation reveals nothing, Eve decides to take action herself. Her search becomes a matter of life and death.

Award winning author Hilde Vandermeeren (1970) has written over 40 books many of which have been translated into several languages. Her first thriller Als alles duister wordt  was awarded the 2013 Knack Hercule Poirot public award. Stille grond  is her third thriller and, being half of an identical twins herself, it is also the most authentic one so far. 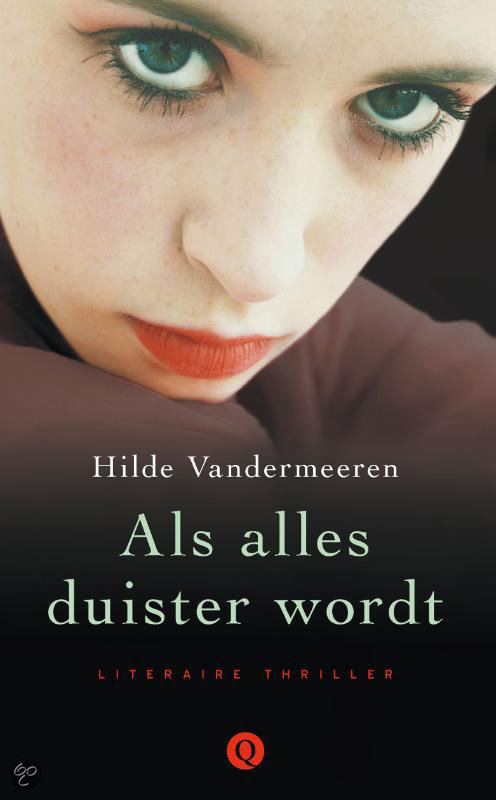 One evening on a footbridge near an abandoned railway station, 27-year-old Claire Maenhout bumps into a man. She’s in a hurry, trying to catch the last train home and doesn’t pay much attention to the incident. Not until a few days later, when she reads in the papers that a man’s body has been found in the thicket near the station. Witnesses are requested to get in touch with the police.

Unfortunately young Claire has lost her ability to remember faces, having just recovered from a coma after a serious car accident. But the murderer did see her that evening, and he never forgets a face.

**** "The author lifts the story to a higher level and deserves a great compliment! An excellent debut!" www.hebban.nl

"Vandermeeren invented a simple plot and developed it into a great tale." Anita Terpstra, Leeuwarder Courant 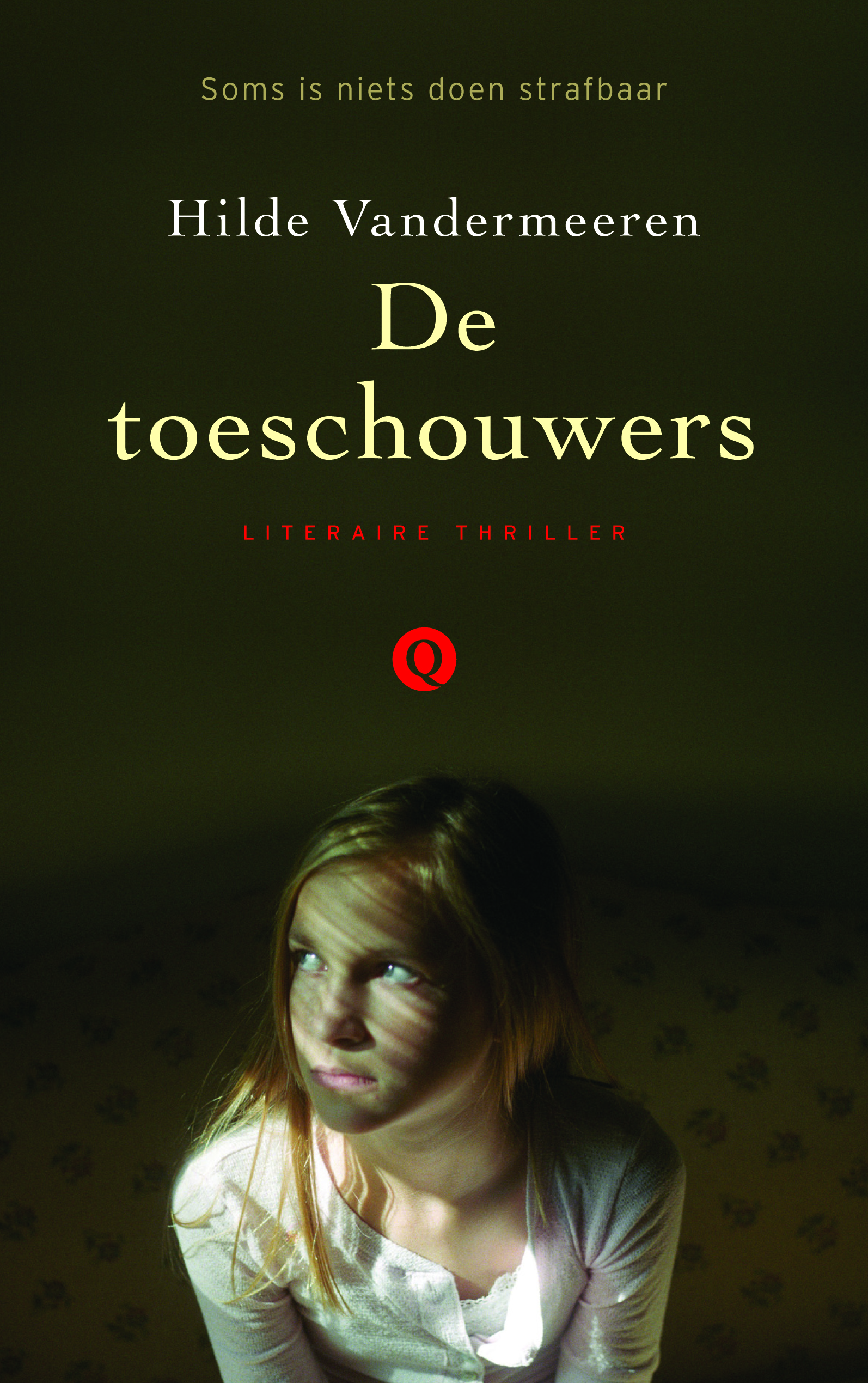 Marion works as a freelance webdesigner and is a kickboxer in her spare time. Events from the past force her to keep away from people. Her friend Dana goes abroad and puts her 12-year-old daughter Chavi under Marion’s care. The girl attends an elite boarding school in a woody neighbourhood. Very soon however Marian gets the feeling that the place isn’t safe. And then a murder is committed at the school. Will Marion be able to protect Chavi or will she make the same mistake she once made in the past?

Hilde Vandermeeren dares to venture beyond the concept of the traditional Flemish thriller. No sleuth and his Watson but characters struggling with life and themselves. A story of power, impotence, making choices, crime and punishment. In the end, who’s watching? It might be the reader himself.

Vandermeeren weaves a nail-biting, original intrigue that will surprise the reader till the very end.

**** Knack Focus : Vandermeeren wrote a crime novel that is relevant but never explicit

Vrij Nederland Detective- en Thrillergids: De toeschouwers is a tightly composed narrative and Vandermeeren firmly pulls the strings right up till the unexpected and tragic climax.